RI embassy protests use of ‘Indon’ in Malaysian headlines 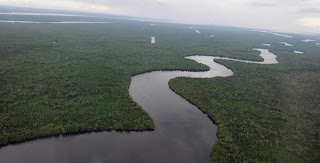 The Indonesian Embassy in Kuala Lumpur has protested the recent publication in the Malaysian media of the term “Indon” in a news headline, a word often used by Malaysians to describe Indonesians, and regarded by many as derogatory.


Embassy spokesman Suryana Sastradiredja said Malaysia’s Berita Harian had published a story titled “Indon’s Dirty Tactics” on the appointment of Indonesia as the host for the upcoming Sea Games.

“We’re disappointed and protest against the use of the term ‘Indon’ because the two heads of state have already agreed against using this term, including in the mass media,” Suryana said Wednesday, as quoted by Antara.

“We want no more writing of this kind, and a firm action taken against the writer.”

The embassy plans to send an official letter of complaint to the paper, questioning why it frequently used the term.
Diposting oleh Semua Ada Di Sini di 17.00