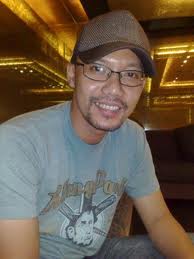 
When asked by reporters about his arrest, he was familiarly called Yoyo's mumble more thoughtfully before answering. "Eee, I'm sorry if there is a buzz word," said Yoyo, Sunday, February 27, 2011.
When asked whether the evidence of methamphetamine weighing half a gram of which is owned by the police seized him, Yoyo refused to answer. "Until the investigation is still ongoing, I still can not comment much. Wait for it later, yes," said Yoyo.
Furthermore, Yoyo said that she would act cooperatively to the police. The police themselves say that Yoyo had long been taking drugs, that is since 10 years ago.
Originally a musician was born in Surabaya, 29 November 1975, was using drugs types of heroin. However, since 5 months ago Yoyo switch to meth.
According to the Head of Unit II Narcotics Unit, the National Criminal Police, the Commissioner of Police Siswandi Adiwinoto, Yoyo had told him that he was taking meth because of the prayer.
"It was Yoyo prayed: 'God, stopped me from taking heroin'," said Siswandi. Apparently, Yoyo prayer was granted. Yoyo converted from using heroin, but unfortunately, he began using crystal meth.
Should be, Siswandi continued, Yoyo pray to God that he can stop from taking drugs. "I have one prayer," said Yoyo, as quoted by Siswandi.
Diposting oleh Semua Ada Di Sini di 16.43